Writing this page is something of a no-win undertaking. How the eye works and how humans perceive color are so complicated that anything I say will be a great oversimpliﬁcation and therefore open to criticism (justly deserved) that what I’m saying isn’t quite correct. Indeed, half a dozen Nobel Prizes in Physiology or Medicine have been awarded for studies of how eyes work. Nevertheless, I’ll try to give a qualitative summary of human color vision that will be suﬃcient for the needs of the rest of the pages in the photometry chapter.

The quantitative study of color began in the 1600s with Isaac Newton, who showed that white light can be decomposed into various colors, which could then be recombined to create white light. He also showed that it was possible to add certain “primary” colors together to obtain a diﬀerent color, e.g., combining red and green to get yellow. (Primary colors are colors such that combining any two of them cannot produce the third. These are usually taken to be red, green, and blue; but other combinations such as blue, yellow and red could also be used as the primaries. Then blue plus yellow gives green.) In the early 1800s Thomas Young proposed the idea that color vision is based on combinations of three diﬀerent colors and suggested that the eye must have three types of color receptors; this is called trichromatic color vision. James Clerk Maxwell and Hermann von Helmholtz furthered the study of trichromatic color vision in the late 1800s.

However, not all visual phenomena could be explained by the trichromatic hypothesis. Consider, in particular, afterimage color reversals as illustrated in Fig.1. First look at the black dot at the right of the yellow patch. You see a black dot against a white background. Now stare at the black dot in the center of the yellow area for at least 30 seconds. Then shift your focus to the black dot in the white area to the right. When staring at the black dot on the white background, you now will perceive the surrounding white area as a light bluish shade. It is diﬃcult to explain the perceived change of the white backgound to blue in terms of a simple sum of red, green, and blue inputs. This and other visual phenomena lead Ewald Hering to develop in the late 1800s the opponent-process theory of color vision, in which opposing responses generated by the color opposites blue-yellow and red-green, along with black-white, generate color vision. These opposite or complementary color pairs are based on the observation that you might describe a color as bluish-green or greenish-yellow, but never as bluish-yellow, so blue and yellow are complementary colors. Likewise no one ever describes a color as reddish-green. 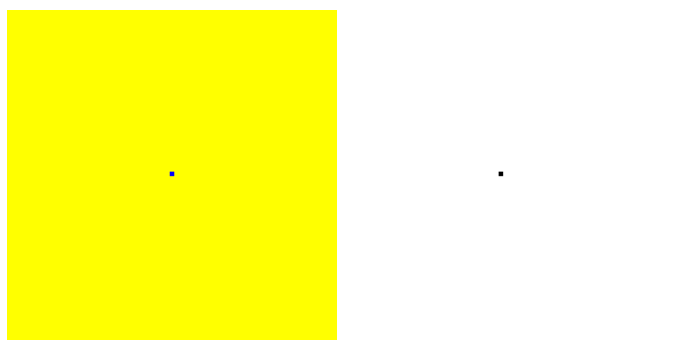 Figure 1: Color patches for illustration of afterimage colors. See the text for instructions.

We now know that the retinas of normal human eyes contain two types of cells that detect light. One type, called rods, contain only one type of pigment are are achromatic, i.e. they “see in black and white.” The rods have a slow reponse (longer integration time) and operate at low light levels. These cells give us “night vision” (scotopic vision), at the expense of spatial resolution. The other cell type, called cones, have three types of pigments. The cones have faster responses (shorter integration times) and therefore operate at higher light levels. These cells give us daytime color vision (photopic vision), with good spatial resolution. The three types of cones (for the three types of pigments) are senstive to diﬀerent but somewhat overlapping wavelength ranges, which are usually called short-wavelength (S), middle-wavelength (M), and long-wavelength (L) cones. Figure 2 shows the normalized sensitivities of the S, M, and L cones. These curves are derived from measurments of the absorption spectra of the three diﬀerent pigments found in cone cells. 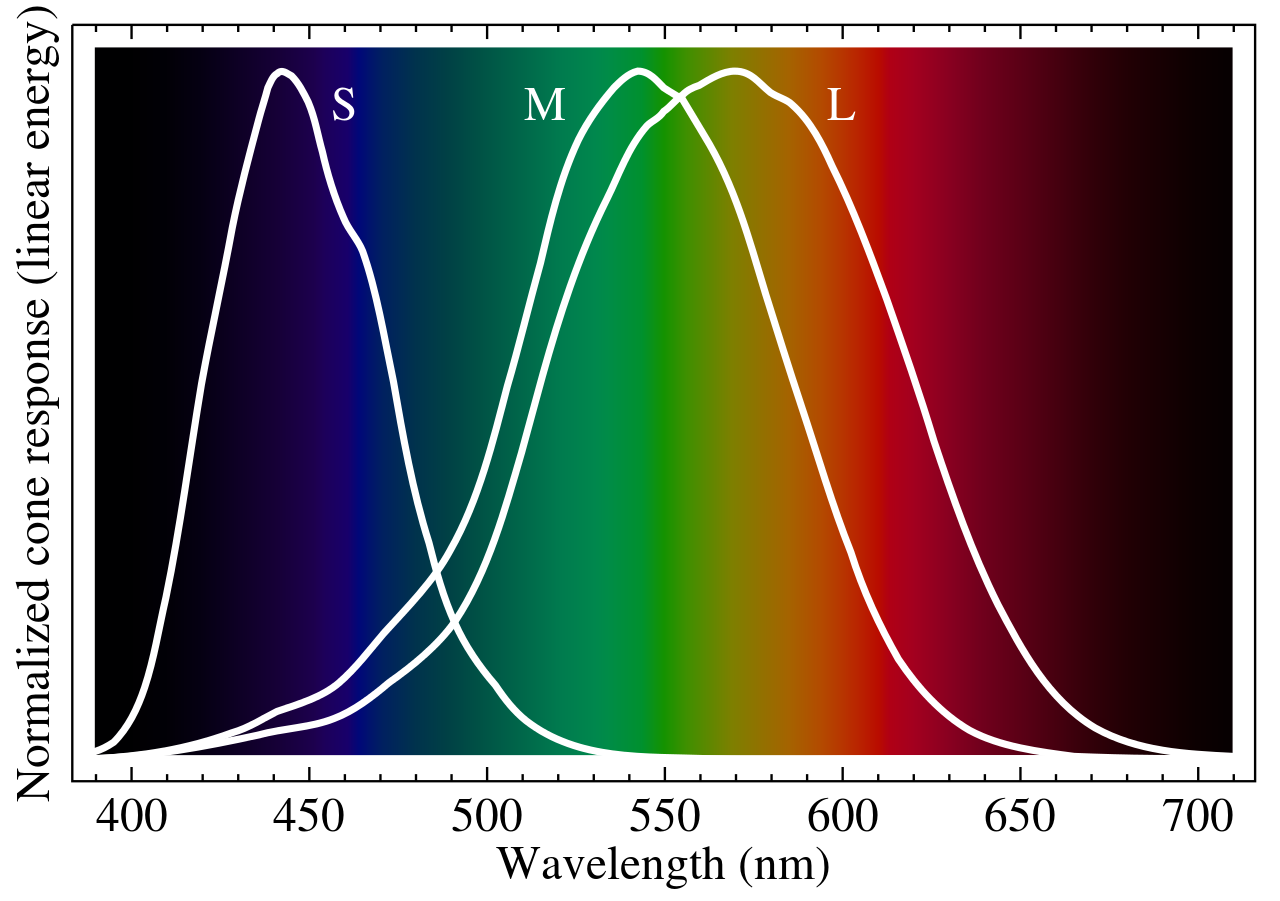 The three types of cones give us trichromatic color vision, i.e. color vision that is based on the responses of the three diﬀerent S, M, and L cone cell receptors. This is often called red (R), green (G), and blue (B) color vision although, as the overlapping spectra of Fig. 2 show, it is not correct to say that our eyes simply detect red, green, and blue light. The color perceived depends on the relative levels of excitation of the S, M, and L cones and on how those signals are processed. Thus the total signal (S + M + L) gives an achromatic measure of overall brightness. Then L + M - S gives yellow or blue, depending on the excitation strengths, and L - M + S leads to red or green. Thus the trichromatic and opponent-process models are complementary and both are necessary to explain the complexities of color vision. The trichromatic model describes the detection of light at the receptor level, and the opponent-process model is needed to explain how the detected RGB inputs are processed by the eye-brain system, i.e. the opponent-process model applies at the signal-processing level.

It must be understood that color is not a property of a material, or even of the light reﬂected from or emitted by an object. Color is a perceived sensation, not a physical property of light. Using well designed and calibrated radiometers, we can all agree on the spectrum of light received by an eye. However, diﬀerent people may perceive that light diﬀerently. There is some natural variability in the chemical composition of the pigments that give the S, M, and L responses. Thus my “red” may not be quite the same as your “red” when we view the same spectrum. If you are red-green color blind (deuteranopia), you are missing the M cones, which alters how a spectrum of detected light is perceived. Figure 3 shows a simulation of how a spectrum appears to a normal person and to one with deuterannopia. Deuterannopia occurs in about 6% of males, but in less than 0.5% of females (which illustrates another of the many disadvantages of having a Y chromosome). 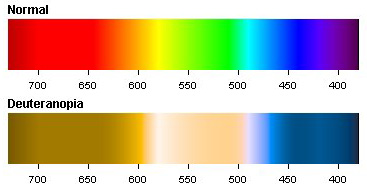 Figure 3: Visual appearances of spectra for a normal person (top) and a deuteranop (bottom). Figure from Colblindor

There are many other abnormalities in color vision. The most extreme is achromatopsia, in which all three types of cones are missing. Such people see only in shades of gray via their rod cells, which also makes them generally hypersensitive to bright light and degrades their visual acuity. This is a rare condition aﬀecting only about 1 in 30,000 people, except on one small island in Micronesia, where 5% of the population is achromatopic (That’s an interesting genetics story; see The Island of the Colorblind by Oliver Sachs).

The perceived color also depends on the magnitude of the detected spectrum. For example, brown is just red that is not very bright. This is shown in Fig. 4. The color patches were generated on an RGB computer monitor for which the minimum is intensity is 0 (the pixel is turned oﬀ), and the maximum intensity is 255. The upper left patch has the red pixels at maximum intensity, with the green and blue pixels turned oﬀ. The remaining patches have the red pixels at lower and lower intensities. As the magnitude of the red spectrum decreases, the color is perceived as going from bright red to dark brown. 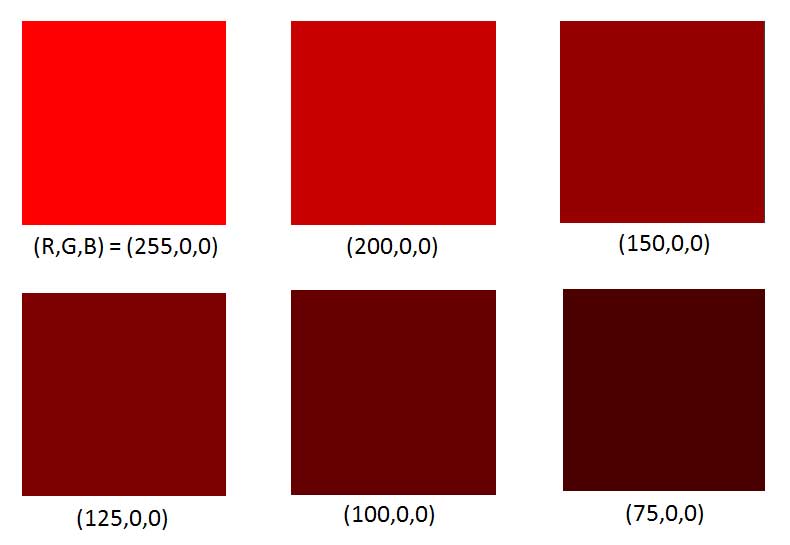 Figure 4: Change in the appearance of “red” as the intensity of the signal decreases from the maximum possible value on a computer monitor. See the additional discussion of these colors on the XYZ to RGB page.

I will close this page with an interesting connection between linguistics and color vision. Every European language spoken from Portugal to Russia has (as far as I know) separate words for green and blue (and has words for ﬁner distinctions of each—just visit any paint store), as do many other languages around the world. However, there are also many languages that do not have separate words for green and blue. There are so many of these languages that linguists have a term for them: the grue languages, where grue comes from combining green and blue. Most (but not all) grue languages are minor languages spoken by people living in either desert or tropical areas. For example, in the deserts of the southwestern United States and northwestern Mexico, Cahuilla, O’odham, Seri, Guarajío, and Western Tarahumara are grue languages. So the question arises: Do speakers of grue languages not see the diﬀerence in green and blue, or do they see the diﬀerence in green and blue, but just don’t consider the diﬀerence important enough to warrant having diﬀerent words? I don’t know the answer. It seems hard (for me at least) to believe that someone would think the color diﬀerence between green leaves and blue sky is unworthy of distinction with diﬀerent words. However, it’s equally hard to image that diverse populations from tropical areas around the world all have a similar genetic diﬀerence that gives them some sort of green-blue color blindness. More research is needed, as they say.

The above discussion shows only a small part of the complexity of color vision. Just do an internet search on “optical illusions” and you can entertain yourself for hours with visual phenomena that show the incredibly complex ways that the eye-brain system can interpret images and colors. An excellent site is that of Michael Bach. Likewise, investigation of how diﬀerent cultures around the world describe colors is another good way to spend rainy winter days when you can’t go outside and play. There is a short history of color vision at this Smithsonian website.