This page develops the mathematical tools needed to specify directions and angles in three-dimensional space. These mathematical concepts are fundamental to the speciﬁcation of how much light there is and what direction it is traveling.

We will have frequent need to specify directions. In order to do this in Euclidean three-dimensional space, let , and be three mutually perpendicular unit vectors that deﬁne a right-handed Cartesian coordinate system. We choose to be in the direction that the wind is blowing over the ocean surface, (i.e. points downwind), and points downward into the water column, perpendicular to the mean position of the water surface; is then in the direction given by the cross (or vector) product . The choice of a “wind-based” coordinate system simpliﬁes the mathematical speciﬁcation of sea-surface wave spectra via along-wind and cross-wind statistics. How this is done will be seen in the Surfaces chapter, beginning with the page on Cox-Munk sea-surface slope statistics. The choice of pointing downward is natural in oceanography, where depths are customarily measured as positive downward from an origin at mean sea level.

With the choice of , and , an arbitrary direction can be speciﬁed as follows. Let denote a unit vector pointing in the desired direction. The vector has components and in the , and directions, respectively. We can therefore write , or just for notational convenience. Note that because is of unit length, its components satisfy

An alternative description of is given by the polar coordinates and , deﬁned as shown in Fig. 1. The nadir angle is measured from the nadir direction , and the azimuthal angle is measured positive counterclockwise from , when looking toward the origin along (i.e. when looking in the direction). The connection between and is obtained by inspection of Fig. 1:

where and lie in the ranges and . The inverse transformation is The polar coordinate form of could be written as but since the length of is 1, we drop the radial coordinate for brevity. 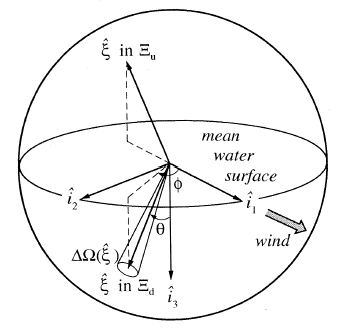 Figure 1: Deﬁnition of the polar coordinates and of the upward () and downward () hemispheres of directions. is an element of solid angle centered on .

Another useful description of is obtained using the cosine parameter

The components of and are related by

with and in the ranges and . Hence a direction can be represented in three equivalent ways: as in Cartesian coordinates, and as or in polar coordinates.

where is the angle between directions and , and denotes the (unit) length of vector . The scalar product expressed in Cartesian-component form is

Equating these representations of and recalling Eqs. (1) and (4) leads to

Equation (5) gives very useful connections between the various coordinate representations of and , and the included angle . In particular, this equation allows us to compute the scattering angle when light is scattered from an incident to a ﬁnal direction.

The set of all directions is called the unit sphere of directions, which is denoted by . Referring to polar coordinates, therefore represents all values such that and . Two subsets of frequently employed in optical oceanography are the downward (subscript d) and upward (subscript u) hemispheres of directions, and , deﬁned by

Closely related to the speciﬁcation of directions in three-dimensional space is the concept of solid angle, which is an extension of two-dimensional angle measurement. As illustrated in panel (a) of Fig. 2, the plane angle between two radii of a circle of radius is

The angular measure of a full circle is therefore rad. In panel (b) of Fig. 2, a patch of area is shown on the surface of a sphere of radius . The boundary of is traced out by a set of directions . The solid angle of the set of directions deﬁning the patch is by deﬁnition

Consider a simple application of the deﬁnition of solid angle and the observation that a full sphere has . The area of Brazil is and the area of the earth’s surface is . The solid angle subtended by Brazil as seen from the center of the earth is then . 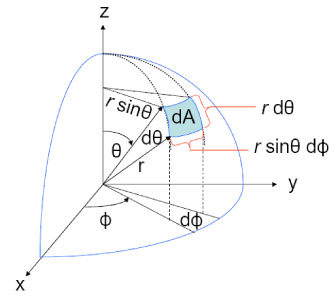 Figure 3: Geometry used to obtain an element of solid angle in spherical coordinates.

(The last equation is correct even though . When the diﬀerential element is used in an integral and variables are changed from to , the Jacobian of the transformation involves an absolute value.)

To illustrate the use of Eq. (6), let us compute the solid angle of a “polar cap” of half angle , i.e. all such that and . Integrating the element of solid angle over this range of gives

Note that and are special cases of a spherical cap (having ), and that ) = .

It is sometimes convenient to specify directions using the Dirac delta function, . This peculiar mathematical construction is deﬁned (for our purposes) by

Here is any function of direction. Note that  simply “picks out” the particular direction  from all directions in . Note also in Eq. (10) that because the element of solid has units of steradians, it follows that has units of inverse steradians.

Equations (9) and (10) are a symbolic deﬁnition of . The mathematical representation of  in spherical coordinates , is

Note that the in the denominator of Eq. (11) is necessary to cancel the factor in the element of solid angle when integrating in polar coordinates. Thus

Likewise, we can write