Several early researchers in optical oceanography built instruments to measure the volume scattering function (VSF) of oceanic waters. [See Jerlov (1976) for data and references for early measurements.] The most carefully made and widely cited scattering measurements are found in the classic report of Petzold (1972) (summarized in Petzold, 1977). He combined two instruments, one for VSF measurements at very small angles ( 0.172, 0.344, and 0.688 deg) and one for angles between 10 and 170 degrees, to obtain VSF measurements over almost the whole range of scattering angles. Petzold’s report describes his instruments, their calibration and validation, and tabulates data from very clear (Bahamas), productive coastal (California), and turbid harbor (San Diego, California) waters. The Petzold VSFs and phase functions plotted on this page can be downloaded.

Figure 1 shows three of Petzold’s VSF curves displayed on a log-log plot to emphasize the forward scattering angles. The same data are displayed on log-linear axes in Fig. 2, which emphasizes large scattering angles. The instruments he used had a spectral response centered at with a bandwidth of 75 nm (full width at half maximum). In these ﬁgures the top (red) curve was obtained in the very turbid water of San Diego Harbor, California; the center (green) curve comes from near-shore coastal water in San Pedro Channel, California; and the bottom (blue) curve is from very clear water in the Tongue of the Ocean, Bahama Islands. The striking feature of these volume scattering functions from very diﬀerent waters is the similarity of their shapes. 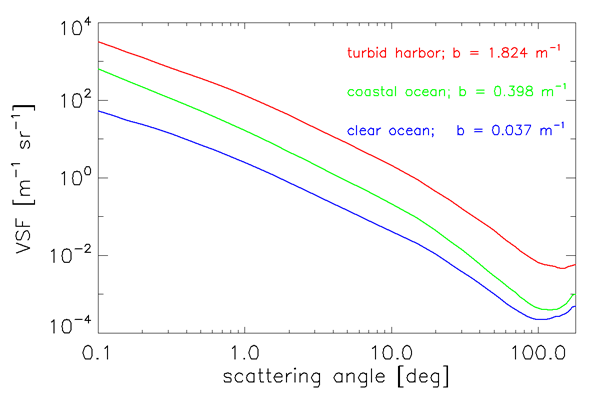 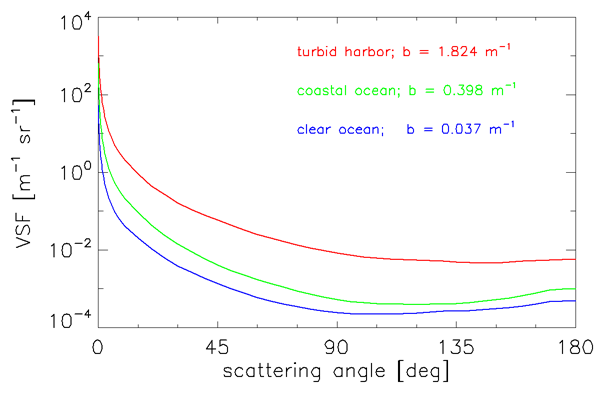 Although the scattering coeﬃcients of the curves in Figs. 1 and 2 vary by a factor of 50, the uniform shapes suggest that it may be reasonable to deﬁne a ”typical” particle phase function . This has been done with three sets of Petzold’s data from waters with a high particulate load (one set being the top curve of Figs. 1 and 2), as follows (Mobley et al., 1993): 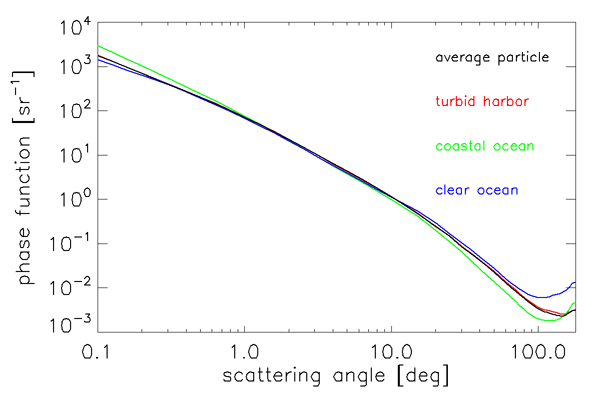 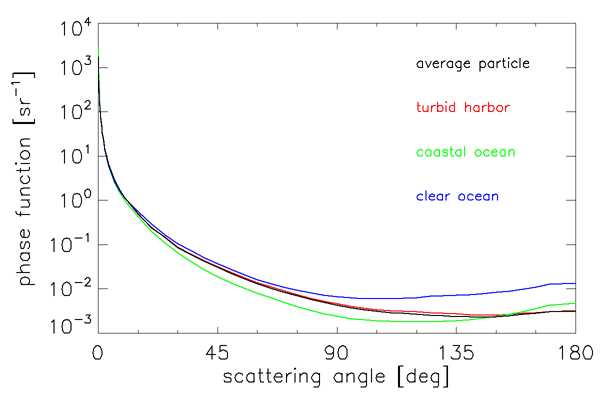 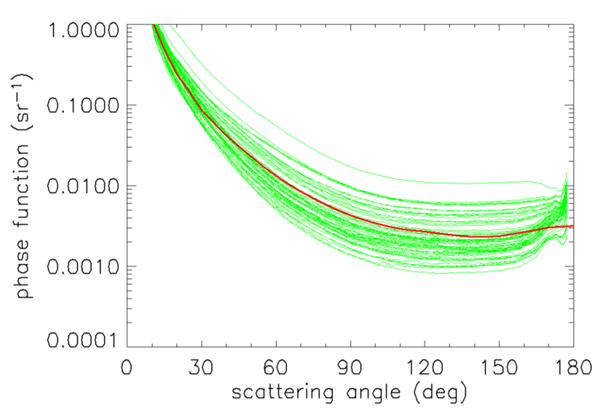