As noted in Level 1, diﬀerent ﬁelds of science have developed diﬀerent terminology and notation for the same physical quantities. Tabel shows the ”historic” and ”modern” notations seen in oceanograpic literature. The recommended (modern) notation came into use the late 1970s and is employed, for example, in Jerlov (1976) and further reﬁned in Morel and Smith (1982). The historic notation is generally found in works published before the late 1970’s, most notably in Preisendorfer’s 1977 opus magnum Hydrologic Optics.

Table 1: Terms, units, and symbols for radiometric quantities commonly used in hydrologic optics. The quantities as shown represent broadband measurements. For narrow band (monochromatic) measurements, add the adjective “spectral” to the term, add to the units, and add a wavelength index to the symbol, e.g., spectral radiance, or , with units of . PAR is inherently broadband.

It is occasionally convenient to distinguish conceptually between photons leaving a surface and photons arriving at a surface. In radiative transfer theory, ﬁeld radiance refers to the radiance of photons arriving at a surface; this is the quantity measured by a radiance meter. Surface radiance is the radiance attributed to a real or imaginary surface emitting photons. Irradiance refers to photons incident onto a surface; the corresponding measure of photons leaving a surface is denoted by radiant exitance or emittance . Likewise, intensity can be subdivided into ﬁeld intensity and surface intensity . The ﬁgure summarizes this hierarchy of radiometric concepts. 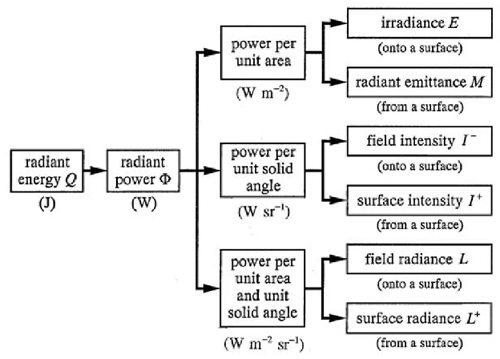 Figure 1: The hierarchy of radiometric concepts.

« The Limitations of Radiance